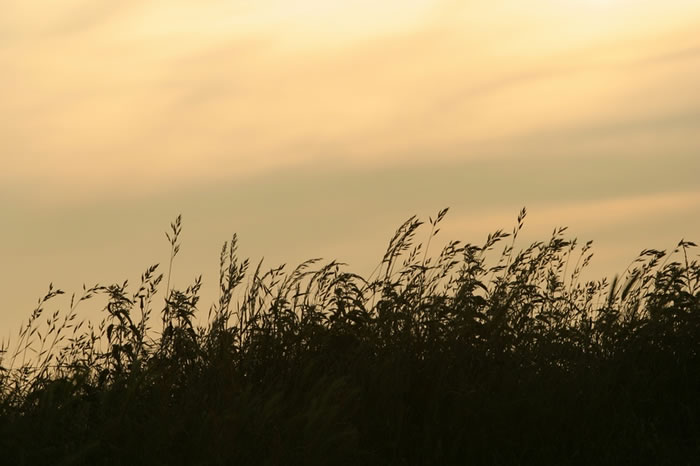 From a message given at Minneapolis Friends Meeting, January 17th, 2016 by Dr. Jim Haefemeyer.

Prairies and the Sacred Community

Today I want to talk about prairies. Watch the prairie carefully and you will see the divine at work, a delicate dance.

I like to watch bumblebees. In October they were feeding on the asters that I was trying to cut back in my front yard. The asters are likely the bumblebees’ last meal before they nest in the ground for the winter. In the summer I saw pale gentian on the prairie; it’s a flower that never opens, and it depends on bumblebees to muscle their way in for pollination. So one flower sustains another. The bumblebees live in small underground hives, often in tunnels abandoned by voles, so the bumblebees need voles. A community thrives on complex interdependence that we can only begin to understand.

I learned about prairies in a master naturalist course at St. John’s University last July. I hope those of you attending the FGC Gathering at the College of St. Benedict this July will take the short trip over to St. John’s University to walk the loop around the prairie. It’s on the road from the freeway into the campus. There will be dozens of kinds of wildflowers blooming.

I also helped with nature walks in the restored prairie at Nerstrand Big Woods state park at the end of last summer. I gave a talk about prairies, and explained that much of the southwestern part of Minnesota was prairie, until the nineteenth century, when European immigrants busted the sod to plant crops like wheat.

A man who helped restore the prairie at the park also came on one of the walks. He is a local farmer, and every year he brings out children from Nerstrand school to collect seeds, help start them, and plant them to spread diversity.

He said to our group that we might see monarch butterflies. He and the children had planted lots of milkweed, which monarch caterpillars need. Monarch butterflies need all kinds of flowers for nectar. In the late summer they feed on the purple fronds of blazing stars, liatris, a flower said to symbolize joy. The monarchs will feed and wait. They wait for a northern breeze, because they can’t fly against the wind. As the blazing star finishes in the last warm days of the season, the monarchs catch the wind and ride it south. Some of them reach the mountains of central Mexico, where they hang from spruce trees by the millions. The cover the trees orange. The local natives believe the monarchs are returning spirits.

On the day of that prairie walk purple blazing stars were everywhere. And there were clouds of monarchs. Everywhere we walked they fluttered.

Prairies have much to teach us about sacred community.

I want to read excepts from an essay by an ecologist who led us on a walk at St. John’s, Kim Alan Chapman. The source is referenced in the bulletin. He wrote this talk for a church dedicating a prairie restoration.

Chapman said that by choosing a prairie over a formal garden, you are asking “What kind of beauty comes by letting go?” You are creating prairie not seen in these parts for over a hundred years. As the prairie returns to the place it once occupied, the plants growing here will remind you of another story that needs telling. In their living fabric is the story of interdependence. Despite drought and deluge, the prairie lives. Its strength is not in the numbers of a few, nor in the power of large entities, but in its collective variety. If there were a single prairie grass, such as big bluestem… if it stood eight feet tall with roots reaching fifteen feet, it would still be weak, just as lawns are weak because they lack complexity and resiliency.

When we let go, when we trust that the wildness of other living creatures can frame our world, we become different people. We cease looking inward at our culture and ourselves, admiring the most visible and dominant there, as if that were all that should be considered.

We open ourselves instead to the fragility and vulnerability of those around us, who, though not seeming to, influence the larger course of human events and shape our lives.

He concluded, “You will, in time, apply the ideas embodied here to the human realm.” And, today I have been talking metaphorically about this sacred community where so many people do so many things, often unnoticed.

Tonight I’m working on a letter to a guy who’s spe...

Is God in the Rain?

The following message was given by my friend Frank...
View All

To whom it may concern: Not a lot of people care about guys in jail. Gib Pellet and his f...
Otherwise forgotten
View All